With only 39% of the population shopping online, Cyprus had the fourth lowest rate in the EU, but here as elsewhere the figure is expected to be significantly higher during the coronavirus pandemic.

Figures released by Eurostat on Monday, show online shopping is continuing to increase in the European Union.

Together with increasing use of the internet and improving security standards, consumers appreciate the possibilities of being able to shop anytime, anywhere, with access to a wide range of products and easy price comparisons.

During the current coronavirus pandemic, with high streets in lockdown and consumers under social distancing restrictions, e-commerce can be expected to grow further, it said. 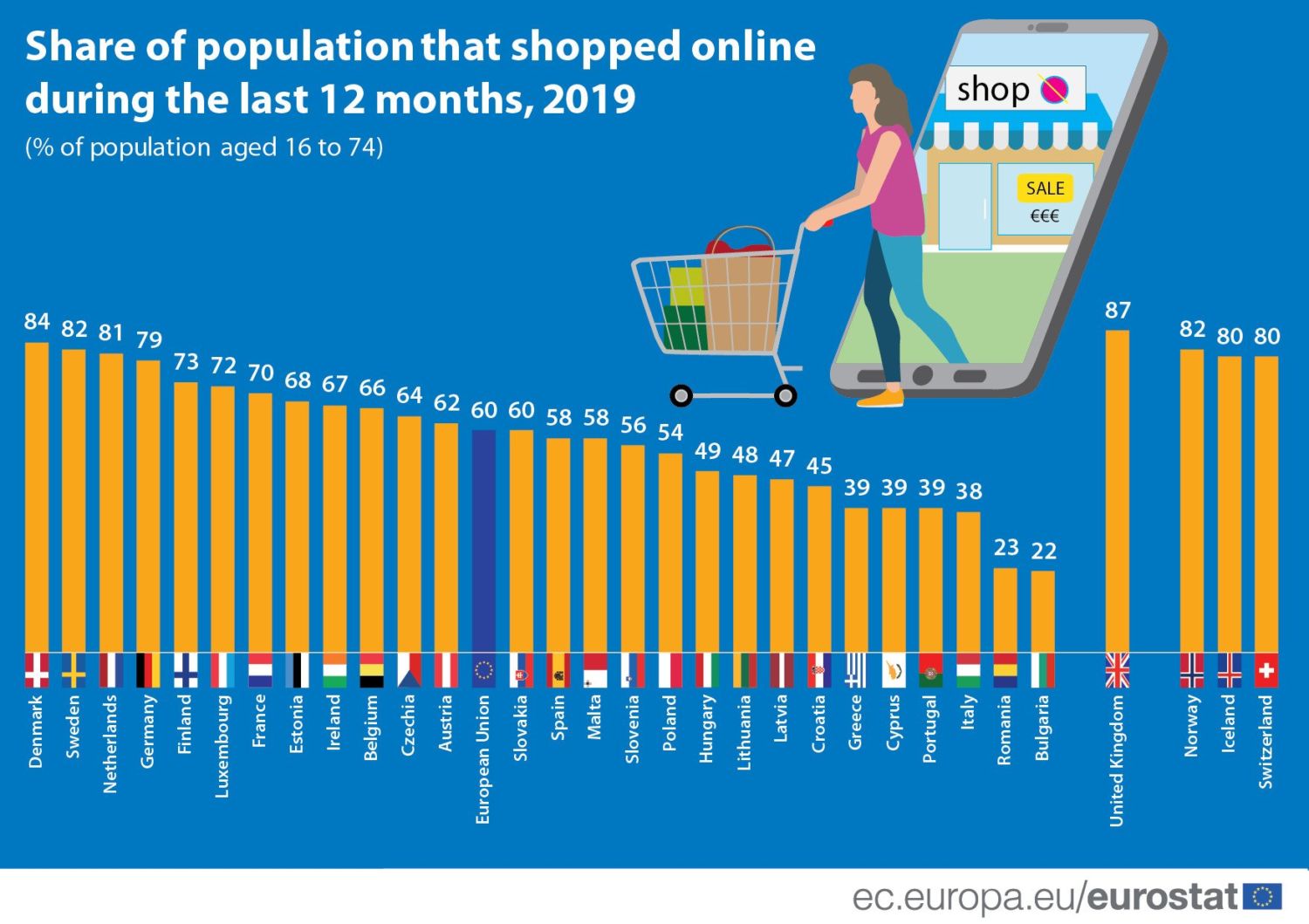 The share of online shoppers has increased substantially among all age groups over the last 10 years, in particular for the age groups between 16 and 54 years old.

Looking at the 2019 figures for the EU Member States, high shares of people who shopped online during the previous year were recorded in particular in the Scandinavian countries.

Eurostat has released data for the Community survey 2019 on ICT usage in households and by individuals; methodological information related to the survey can be found here, the full data from the survey is available here.
By In Cyprus
Previous articlePicking for Britain – coronavirus crisis draws workers to farms
Next articleNovartis, U.S. drug regulator agree to malaria drug trial against COVID-19