36% of households in Cyprus with children (charts) 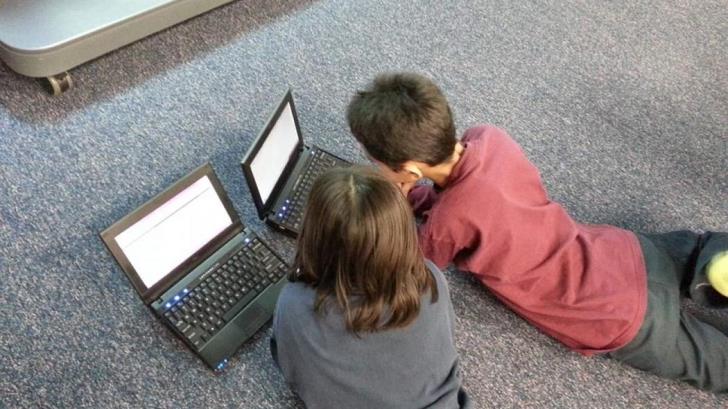 Cyprus had one of the highest proportion of households with children in the EU with 36% — below top ranked Ireland (39%).

Poland and Slovakia had the same percentage as Cyprus, while Romania was one percentage point below with 35%.

According to statistics published by Eurostat on Thursday, in 2018 there were 194 million households in the EU, an increase of 12 million since 2010. However as the number of households in Europe goes up, their average size goes down.

In less than a decade, the average household size slowly decreased from 2.4 people to 2.3, while the share of single person households (currently nearly a third of all households) recorded a 17% increase since 2010. The overall trend is towards households consisting of persons living alone, single parents and couples without children. In the majority of households, there are no children and single parent households have gone up by 13% since 2010. 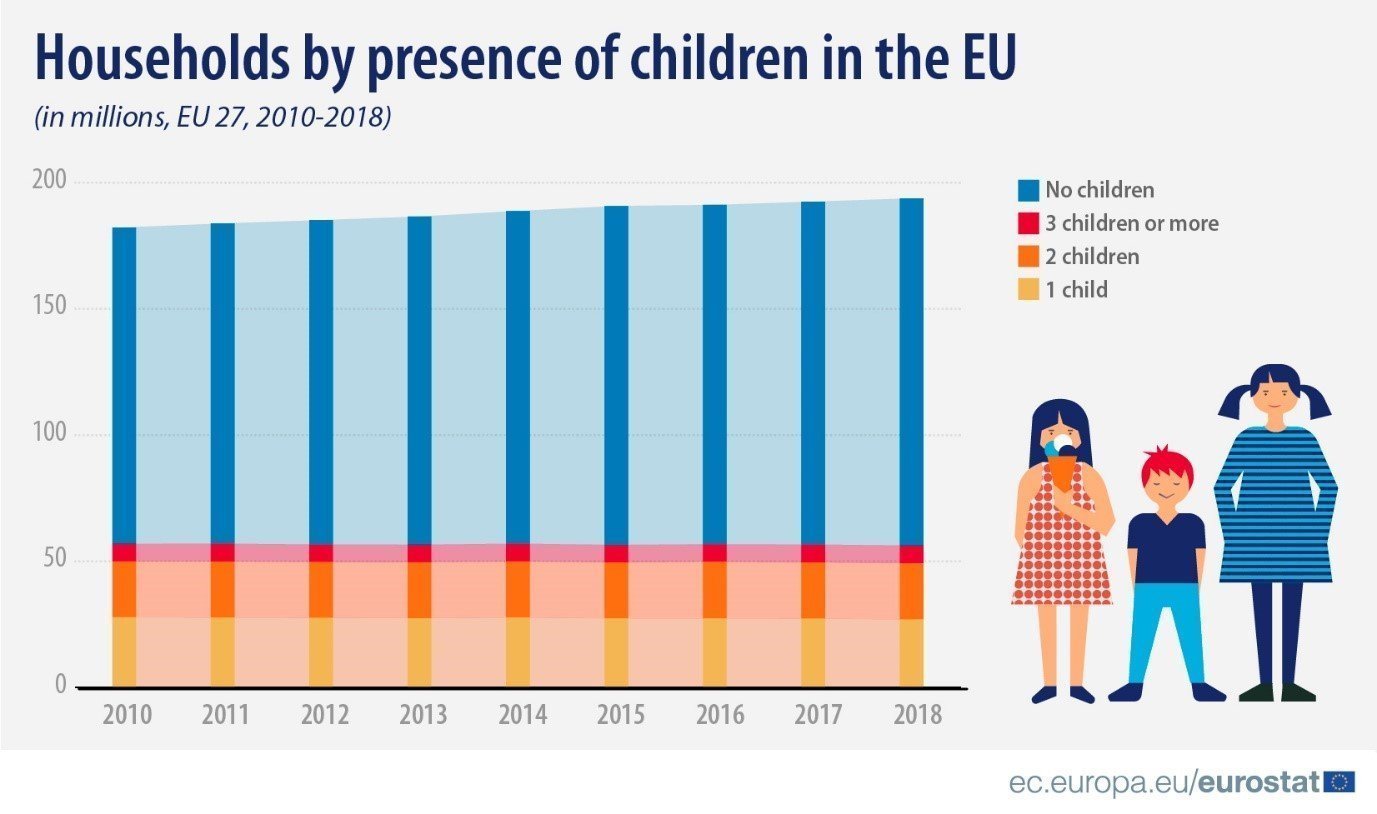 Share of households with children highest in Ireland, lowest in Germany and Finland

Among the EU Member States, Germany and Finland recorded the highest proportion of households without children (78%), ahead of Sweden (77%), Austria (75%) and Bulgaria (74%).

In contrast, the highest proportion of households with children was registered in Ireland (39%), followed by Poland, Cyprus and Slovakia (all 36%) and Romania (35%). 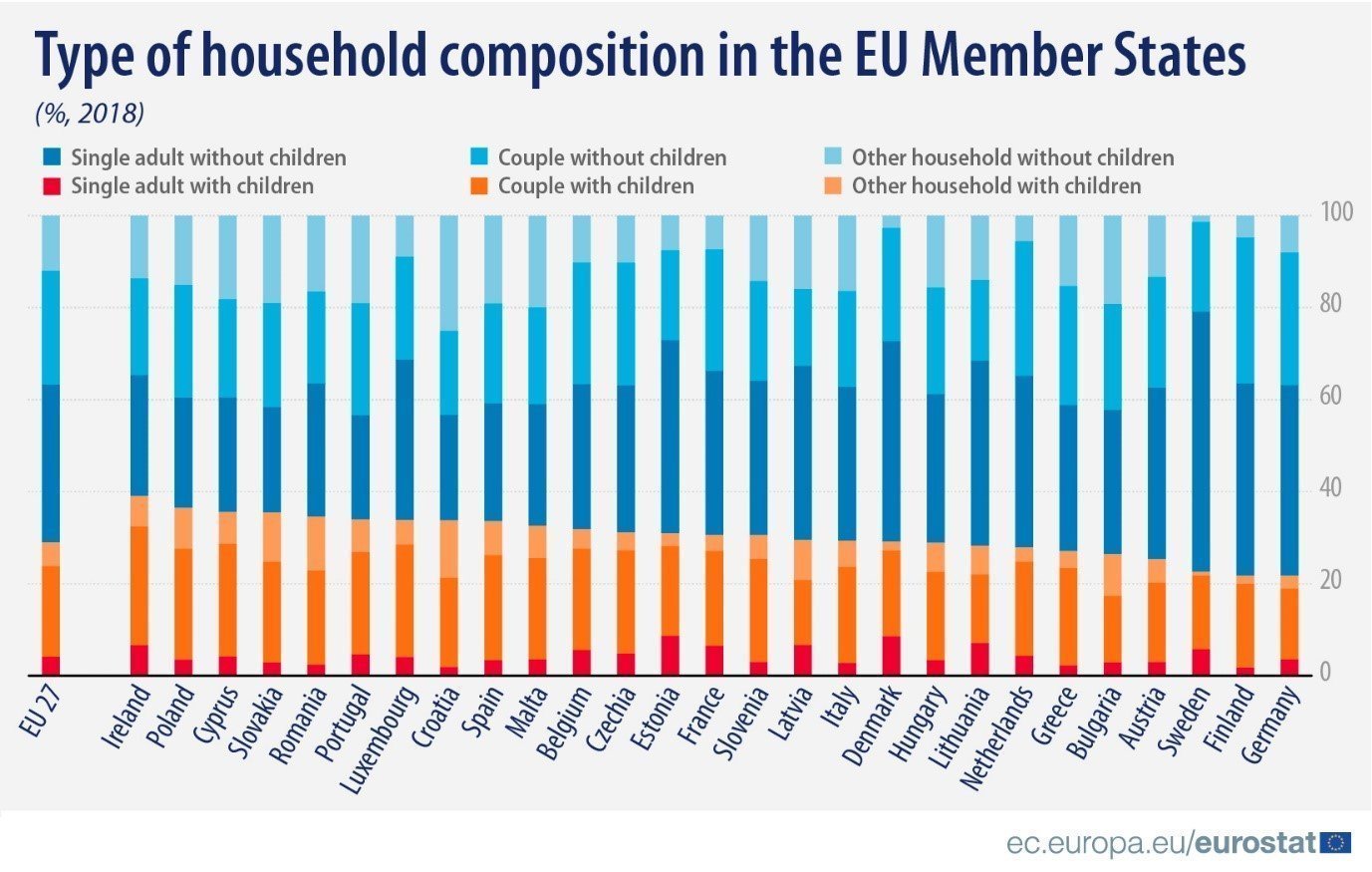 At EU level, 14% of families (7.9 million households) were made up of single parents with children.

With nearly 1 in every 3 families being a lone parent family, Denmark (29% of all households with dependent children) recorded the highest proportion of single adult households with children, followed by Estonia (28%), Sweden and Lithuania (both 25%), Latvia (23%) and France (21%).

Conversely, the lowest proportions of single adults with children were found in Croatia (6% of all households with dependent children), Romania (7%), Finland, Slovakia and Greece (all 8%).

Share of households with one child highest in Bulgaria, lowest in Ireland