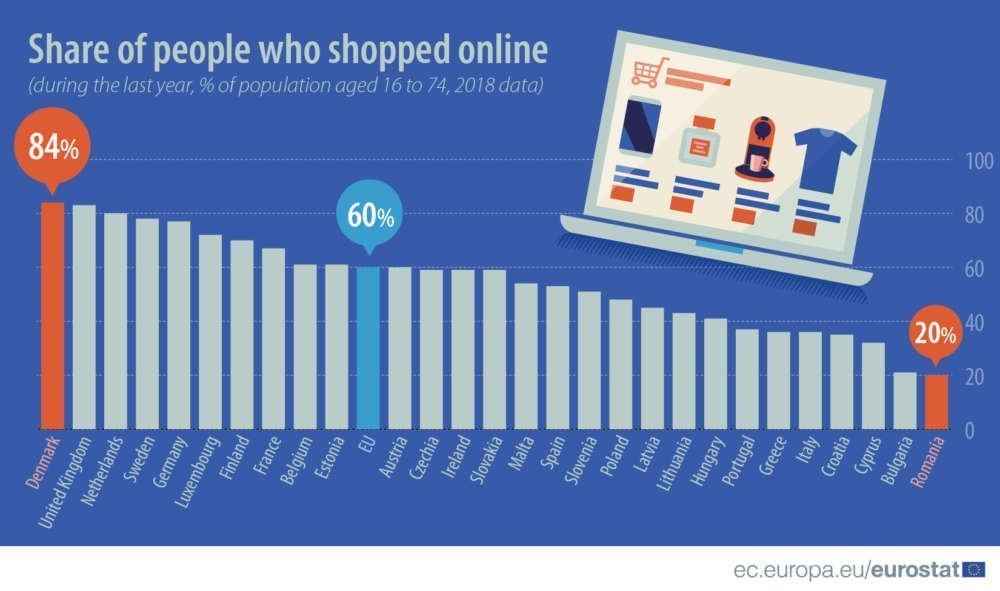 Though online shopping is becoming increasingly popular in the European Union, Cypriot consumers are still warming up to the concept.

Figures published by Eurostat on Friday show that the percentage of Cypriot consumers aged 16 to 74 who shopped on line in 2018 was 32% which is nearly half the EU 28 average of 60% and the third lowest in the EU after Romania and Bulgaria.

Though lower than the vast majority of the other EU member states, it is nevertheless significantly up from the 9% figure recorded in 2008.

In its announcement, Eurostat noted that today, Black Friday, as well as the upcoming Cyber Monday, are especially popular days for shoppers on the lookout for some great online bargains. Consumers appreciate the advantages of online shopping, such as being able to shop anytime, anywhere, having access to a wider range of products and being able to compare prices easily, it noted.

Looking at the 2018 figures for individual EU Member States, the highest proportion of people who shopped online during the previous year were in Denmark (84%), the United Kingdom (83%), the Netherlands (80%), Sweden (78%) and Germany (77%).

If you would like to find out more about the products that people buy online in your country and in other EU Member States, why not try the interactive tool below.