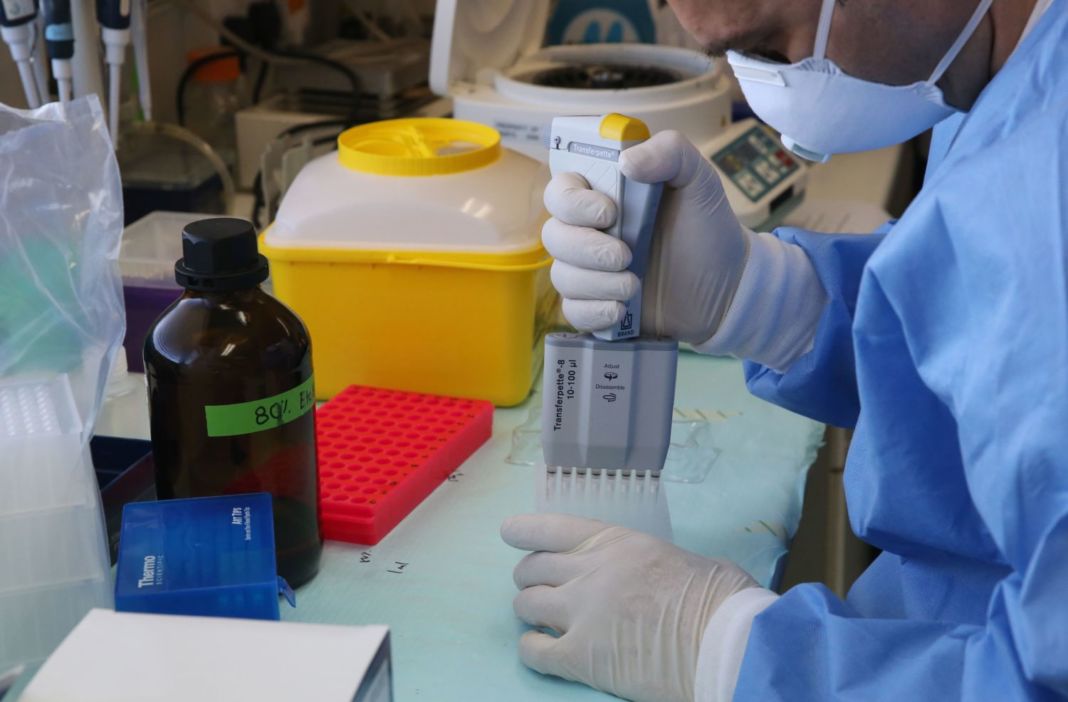 Another 30 people have tested positive for coronavirus, the Health Ministry announced on Saturday, a decline compared to yesterday’s 40 cases.

This brings the total number of confirmed cases to 426 (including ten in the British Bases).

Thankfully, no new deaths were recorded today and one person no longer needs intubation.

So far there were 13 deaths of patients found positive to Coronavirus of which nine are attributable to Covid-19.

From the cases that were being investigated, 1 has been traced back to a contact, 2 returned from a trip and another 8 are being invesigated.

Dr Leontios Kostrikis said that 282 of the 426 confirmed cases are from contact with other people found positive to Coronavirus.

10,154 tests have been conducted so far by CING, the microbiology department at Nicosia and Limassol Hospitals and by private labs.

33 people have so far been cured from the virus.

Kostrikis said that sample collection at Paphos and Aradippou has begun by lab NIPD Genetics and will continue in the coming days.

1,000 samples are scheduled to be taken in Paphos, 186 of which were taken today and the rest will be fulfilled by Tuesday. 62% attendance was recorded today from the scheduled sample-taking appointments in Paphos.

In Aradippou there are 525 appointments scheduled for sample collection. 38 took place on Wednesday, three of which came out positive. On Friday 153 samples were taken and 334 today.

The number of new cases remains within the estimates of the scientific team, but said it is too early to paint a clear image.

“We will need a few more days. Next week is important because it will give us a better view for the virus’ epidemiological behaviour after the lockdown measures,” he said.

“The effort continues,” he added, thanking the public for its contribution.

“What you are doing is very important and you should keep this up. For you, your loved ones, for our society.

“For as long as there is no cure, self-protection remains the best method of dealing with the virus,” he concluded.

Dr Marios Loizou said that until 3pm today 37 people were being treated at the Famagusta referral hospital, of whom 4 in the increased care unit.

He said six people will have been discharged from the hospital by the end of the day and four will be admitted.

10 people are intubated in ICUs; one at Limassol Hospital and nine at Nicosia Hospital. Nine positive patients are treated in special wards in the remaining hospitals. The condition of these patients was described as stable.

One more patient at the ICU of Limassol Hospital no longer needs intubation and their condition was described as stable.

The first patient that had been removed from intubation earlier this week has been transferred from Limassol Hospital to Famagusta referral hospital for further treatment.

By Josephine Koumettou
Previous articleUK coronavirus death toll rises to 4,313, up 20% on day earlier
Next articleFamagusta Hospital: 6 to be discharged, 4 admissions