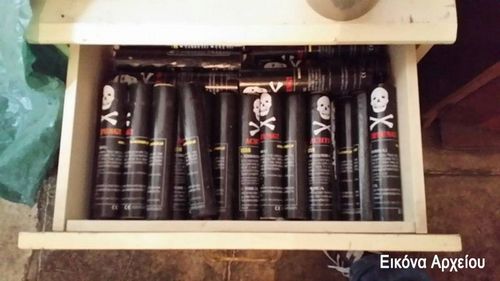 Larnaca police have discovered more illegal firecrackers, this time in the possession of a 24 year old Limassol resident who was arrested.

In an announcement,  police said they had stopped a car in the Larnaca district, driven by a 24 year old from Limassol.

Police have stepped up checks as they try to stop the use of illegal firecrackers in the run up to Easter.

On Thursday police charged three teens with illegal possession of firecrackers which were found in their car near Pyla.