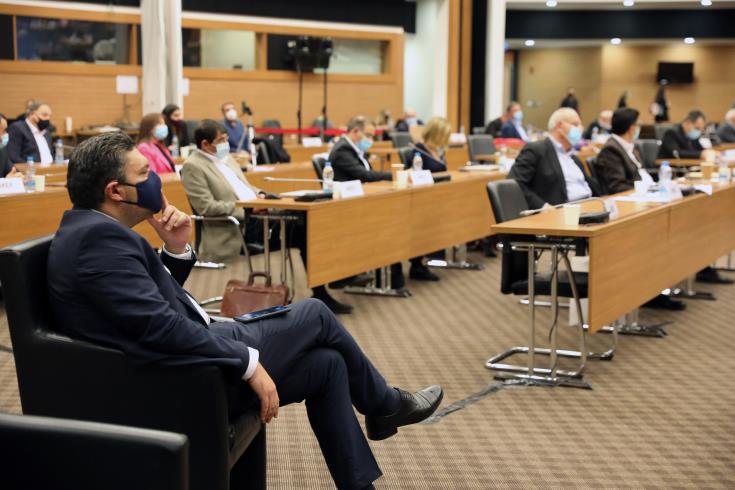 Finance Minister Constantinos Petrides on Friday described the parliament’s 2021 budget rejection a very negative development that will put the breaks on efforts for the island’s fast economic recovery from the coronavirus pandemic.

The government will table a new budget before parliament in January, he also said.

“The rejection of the budget is a very negative development as regards our huge efforts to address the pandemic crisis, to support the incomes of the citizens and to strengthen the welfare state,” the Minister said.

“This will put the brakes on the government’s efforts for a strong recovery in 2021,” he added.

Despite the rejection, the MPs passed a decision for contingency expenditures, known as ‘twelfths’, for the month of January, so that the state can remain functional.

But the Minister said these expenditures cannot exceed the spending of the corresponding month of the previous year.

And he explained that Thursday’s voting down of the budget means a cut of €2.91 billion in social benefits and of €1.1 billion in health issues. This, he added , is the largest amount concerning the welfare state ever provided in a state budget in Cyprus.

Petrides expressed his satisfaction over the approval of the contingency expenditures, however, as he said that meant reduced expenses compared to what was provided for 2021, since the budget was increased by €742 million compared to 2020.

He also said that voting against the budget also meant a vote against funds from the EU Recovery and Resilience Fund, as all funds earmarked for the year are through the state budget.

He also explained that the state will not be able to sign contracts or start new major projects scheduled for January, noting at the same time that voting against in a very difficult period gives negative messages abroad and deepens financial uncertainty.

In January, he added, the government intends to submit a revised state budget, hoping that the Parliament will vote in favour and restore normalcy and constitutional legitimacy.

House Plenary on Thursday rejected the 2021 state budget by 29 votes against to 24 in favour.