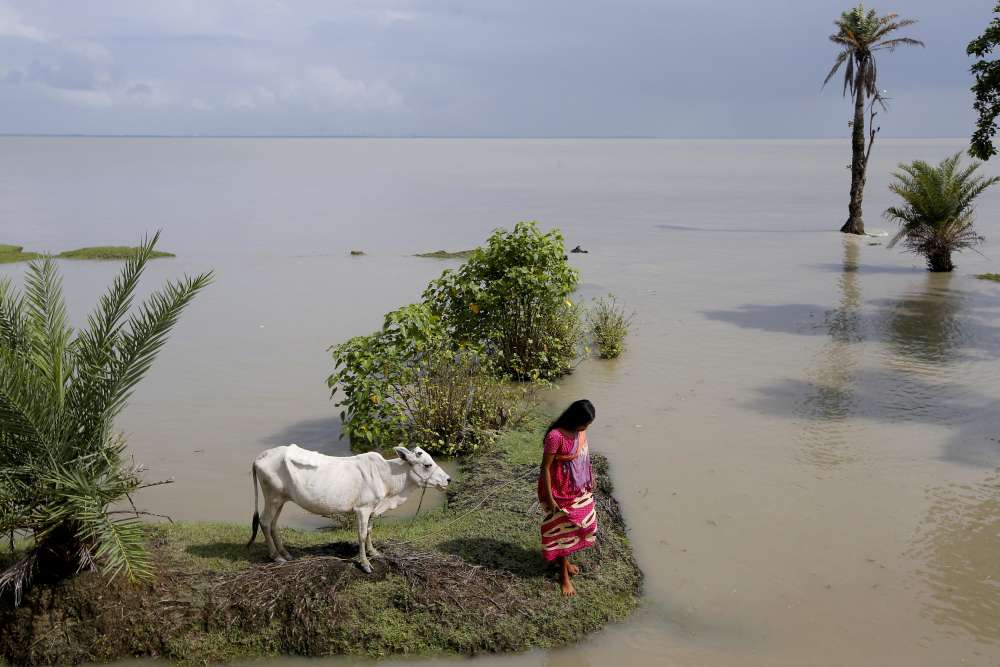 Global temperatures in 2018 are set to be the fourth highest on record, the UN said Thursday.

In a report released ahead of the COP 24 climate summit in Poland, the UN’s World Meteorological Organization pointed out that the 20 warmest years on record have been in the past 22 years.

The report shows that the global average temperature for the first 10 months of the year was nearly 1.0-degree Celsius above the pre-industrial era (1850-1900).

Global temperatures are on course for a 3-5 degrees Celsius (5.4-9.0 degrees Fahrenheit) rise this century, far overshooting a global target of limiting the increase to 2C (3.6F) or less, the World Meteorological Organization said.

“Greenhouse gas concentrations are once again at record levels and if the current trend continues we may see temperature increases 3-5 degrees C by the end of the century,” Secretary-General Petteri Taalas said in the WMO’s annual statement on the state of the climate.

“If we exploit all known fossil fuel resources, the temperature rise will be considerably higher.”

Scientists say that it is vital to limit the rise in global temperatures to 2 Celsius to avert more extreme weather, rising sea levels and the loss of plant and animal species, although limiting the rise to 1.5C would have a far greater benefit.

At the 2015 Paris climate conference, the countries of the world pledged to work to limit the rise to 2C, a step that will require a radical reduction in the use of the fossil fuels that are the primary cause of global warming.

On Sunday, the most important U.N. climate conference since Paris opens in Katowice, Poland, in one of the most polluted coal-mining regions in Europe.

The talks are intended to produce a “rule book” on how to implement the 2015 Paris Agreement, which the United States, at the behest of President Donald Trump, has announced it will quit.

Success, according to the conference’s Polish host, will need a miracle.

Taalas said that the lower end of the range, a 3C rise in temperatures, came from a model assuming that countries acted on their pledges to meet the Paris targets.

“If all the countries were able to meet their pledges, we would be able to reach 3 degrees, which would mean a growing amount of disasters and difficulties with agriculture,” he said.

But he added that the economic and technological means already existed to limit the rise to 1.5C.