2000 to return every fortnight as repatriations open for all 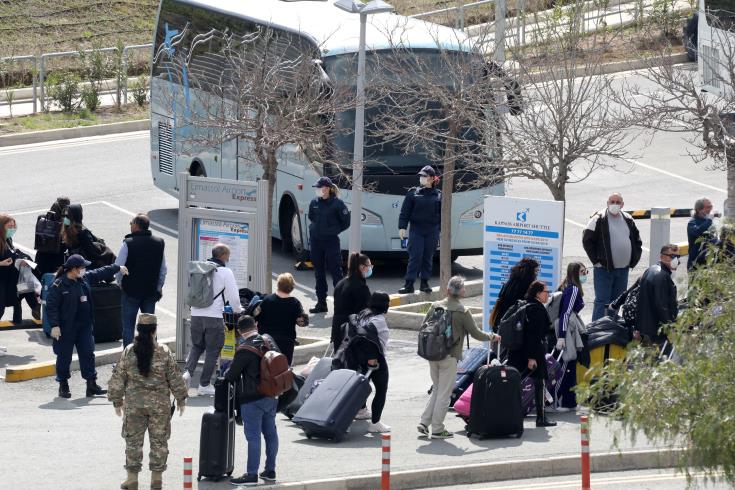 Repatriation has now opened for everyone, with authorities working to bring home about 2000 people every two weeks, in line with availability at quarantine facilities, Transport Minister Yiannis Karousos told CyBC on Thursday.

He said that following the decree issued by the Health Minister on Wednesday night, all Cypriot permanent residents as well as other legal residents could now register on the Foreign Ministry’s platform (www.connect2cy.gov.cy) and state a preference as to their preferred date of return.

“It is now open for all citizens to return and we plan to repatriate about 2000 every 14 days,” he said.

Two flights are scheduled from the UK on Friday and another two on Saturday while efforts are also underway for a flight from Greece.

Initially the government introduced various entry criteria, restricting repatriation to some groups only, primarily those stranded after short business or medical trips, as well as the vulnerable.

These criteria were gradually eased, with about 700 first year and foundation course students the latest eligible group signing up to come home.

Karousos said that those wishing to return were being grouped according to airport.

For example, he said that different airports will be used in the UK for practical and health reasons, so that passengers would not have to travel a great distance to get to the airport.

The cost of the ticket will be paid by the passenger — for the UK it will cost €320 plus taxes. The luggage allowance is 30 kilos.

All passenger flights to Cyprus are banned by decree, though the government has the authority to allow rescue flights.

Karousos said that authorities had contacted a number of airlines to ask for prices per passenger for a flight. The conditions were that the flight will only be two third full. The €320 per person rate was the cheapest, given that the airplane will also be doing one of the legs empty.

Efforts are underway to arrange for charter flights to stop off at more than one airport to pick up people stranded in countries other than the UK and Greece.

The minister was asked why the first batch of repatriated passengers did not pay for their fare.

He said they were people who had been stranded after going abroad for a few days on business or for medical reasons. Many of those to be repatriated next are students who have their accommodation abroad, and have also received a €750 allowance.

All arriving passengers will be tested for coronavirus and be quarantined in facilities chosen by the state for 14 days.