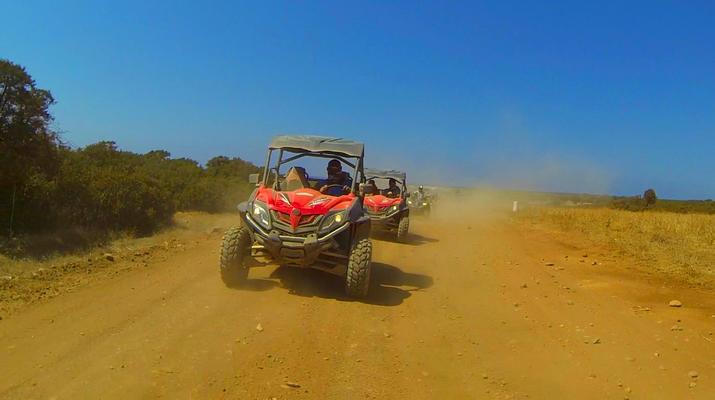 The health condition of the 20-year-old woman who was yesterday injured when a buggy driven by her 59-year-old father Sebagh Gerald Andre from France fell into a precipice in Akamas.

According to the Police the accident happened around 15:30 in the area “Kakoskali” of Akamas.

The accident was seen by other members of the family that were following in two four-wheel motorcycles. They had all come for holidays in Paphos.

The two injured persons were taken by a Coast Guard boat and was transferred to the port of Latsi from where an ambulance took them to the hospital of Polis Chrysochous.

Unfortunately the man was declared dead while the 20-year-old was seriously injured.

Her condition is described as serious but stable.