2% of Cypriots spent minimum of 40% of income on housing 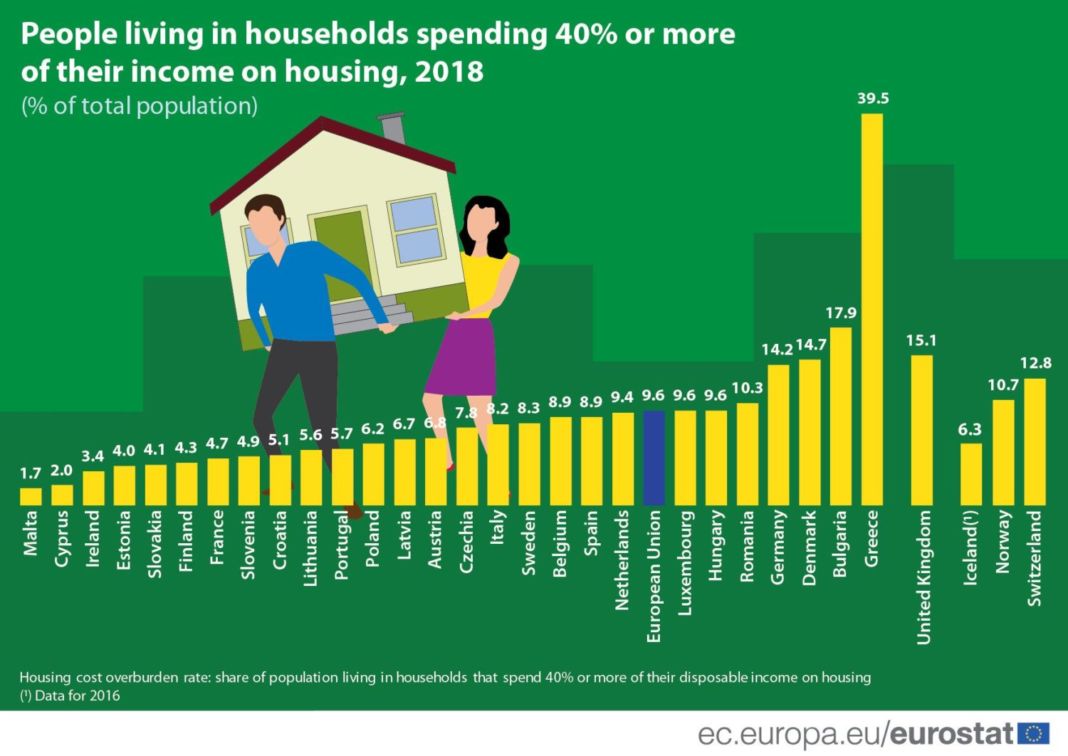 In 2018, only 2% of Cypriots lived in households overburdened by housing costs, the second lowest rate in EU and well below the EU 27 average of 9.6% according to figures published by Eurostat on Wednesday.

In contrast, the corresponding figure in Greece was 39.5%, which was the highest among the EU 27.

Housing costs are often the largest costs households have. When housing costs are high or increase, this may lead to other expenditure (possibly for other basic needs) being postponed or cancelled.

Many households have experienced steep falls in their disposable income during the current coronavirus pandemic, due to e.g. unemployment, furlough, reduced working time or less clients or turnover. Housing costs are generally fixed in the short term, and will inevitably leave less for other costs when the household’s income falls.

9.6% of the EU population spent 40% or more of their household income on housing

Housing affordability may be analysed through the housing cost overburden rate, which shows the share of the population living in households that spend 40% or more of their disposable income on housing.

The housing cost overburden rate for the EU was 9.6% in 2018. However, there were large differences between the different EU Member States.

In 11 Member States, less than 6.0% of the population lived in households being overburdened by housing costs. It was particularly rare to experience such problems in Malta (only 1.7% of the population) and Cyprus (2.0%).

In contrast, the housing cost overburden rate stood at 10% or more in Romania, Germany, Denmark and Bulgaria; the overburdening was most widespread in Greece, where 39.5% of the population lived in households spending more than 40% of the disposable income on housing.

These differences may, at least partially, reflect differences in national policies for social housing or public subsidies and benefits provided for housing.