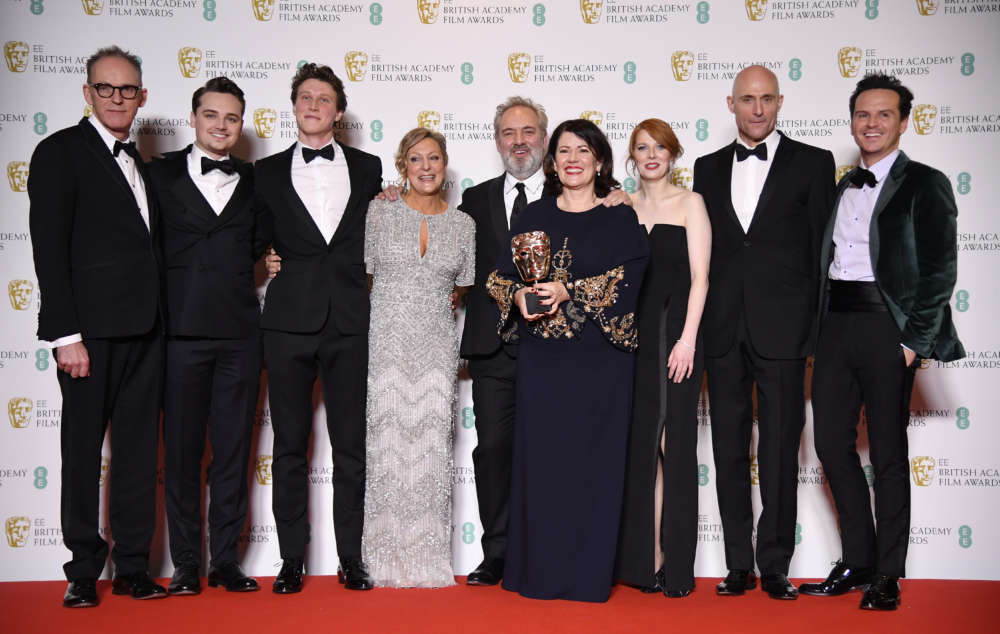 First World War drama “1917” was the big winner at the BAFTAs on Sunday, picking up seven awards including best picture and director for Sam Mendes, at a glittering ceremony that made headlines for a glaring lack of diversity among nominees.

The thrilling drama, shot in what appears to be a single take, was also honoured in the outstanding British film, sound, production design, cinematography and special visual effects categories.

Britain’s top movie awards have been criticized for having all-white shortlists in its acting categories and an all-male one for director, triggering the use of the hashtag #BaftasSoWhite on social media.

BAFTA boss Amanda Berry had said she was “very disappointed” by the lack of diversity.

Joaquin Phoenix, voted best actor for his critically acclaimed transformation from vulnerable loner into confident villain in “Joker”, addressed the issue head on in his acceptance speech.

The industry was sending “a very clear message to people of colour that you’re not welcome here”, he said, adding it “was on us” to dismantle a system of oppression.

Award presenter Rebel Wilson drew the biggest laughs and cheers of the evening when, after reading out the all-male best director list, said: “I don’t think I could do what they do, honestly I just don’t have the balls”.

Actress Scarlett Johansson, who missed out in the leading and supporting actress categories, told Reuters the all-male directing shortlist showed women were being held back and the industry had to be mindful of the issue.

“It’s pretty disappointing, especially because there were so many great films this year that happened to be directed by women,” she said.

Renee Zellweger beat Johansson to the best actress gong for her portrayal of Judy Garland in “Judy”. The two will go head-to-head again at the Oscars on Feb. 9.

It was a frustrating evening for Netflix’s “The Irishman”, Martin Scorsese’s star-studded gangster drama, which was nominated in 10 categories but left empty handed.

Brad Pitt picked up best supporting actor for Quentin Tarantino’s “Once Upon a Time… in Hollywood”, the only success for a movie nominated for 10 awards. Bong Joon Ho’s darkly comic film “Parasite” triumphed in the original screenplay and film not in the English language categories at the ceremony at London’s Royal Albert Hall