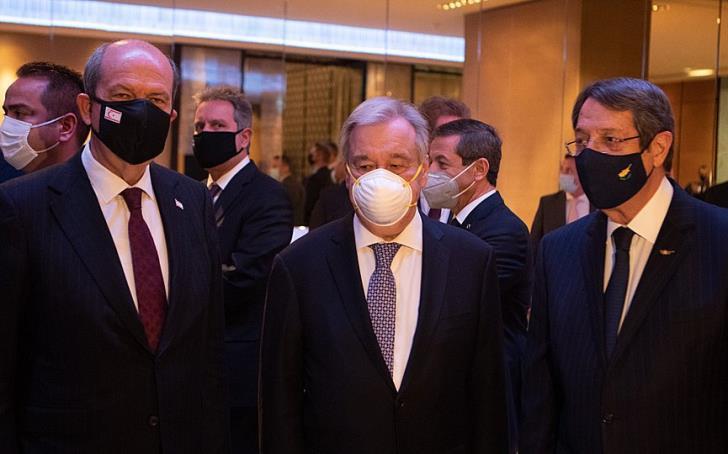 But hopes are not high since the Turkish side insists that UN-brokered reunification talks should divert from UN Security Council resolutions and be based on a two-state solution instead.

On Sunday, Turkish and Turkish Cypriot sources seem to be attempting a maneuverer saying that they do not have a “dogmatic” approach on the two-state solution.

And that the only set condition before any negotiations can begin is the recognition of sovereign equality and equal international status of the Turkish Cypriot community in Cyprus.

Cyprus is divided since a 1974 invasion by Turkey which still maintains troops in the breakaway northern part of the EU member island.

At the same time, Nicosia has finalized its positions in view of the trilateral meeting with insiders saying it will support a decentralized federation in a reunited state.

And that this will be achieved through a “roadmap” with the first step being the signing of a strategic agreement (interim solution).

The second one is to return to the Constitution of the 60’s and, thirdly, to start negotiations for a final solution that will be a decentralized federation.