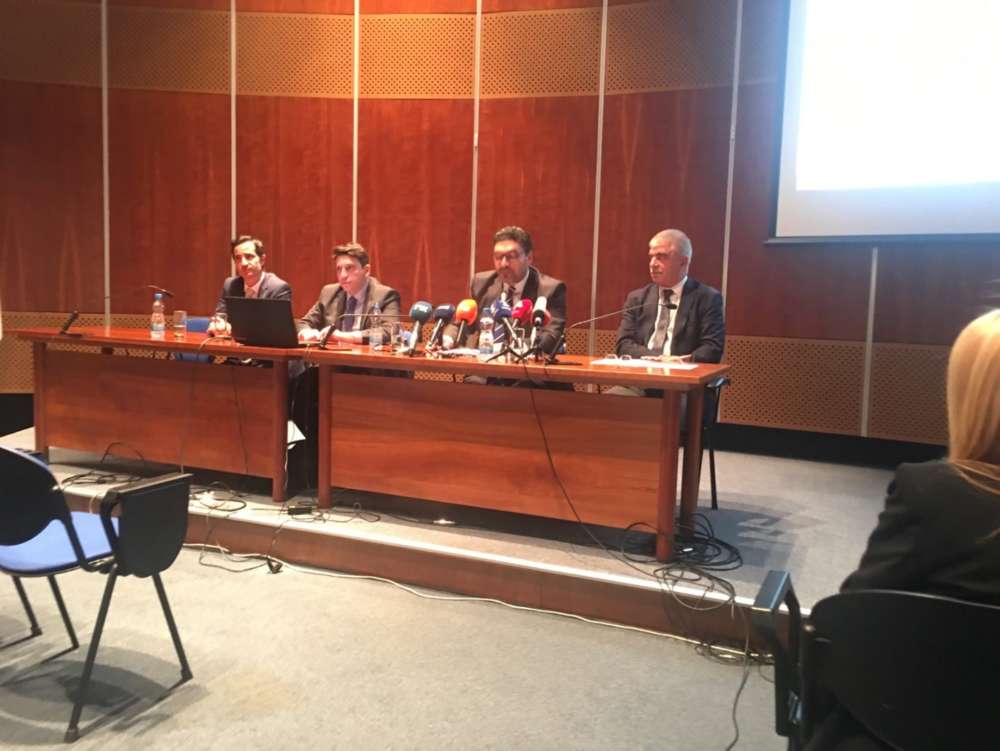 There will be a total of 17 municipalities islandwide under a proposed overhaul of local government unveiled by Interior Minister Constantinos Petrides on Monday.

There are currently 30 municipalities leading to fragmentation, duplication of services and increased costs he told a press conference.

The proposal is for four in Nicosia, four in Limassol, four in Larnaca, three in Paphos and two in the free Famagusta areas.

Petrides, who tomorrow will take over the Finance Ministry, said that the merger of the municipalities would better serve their residents and lead to significant savings. Medium term municipalities will have an additional €60m-€80m available for services.

The proposed overhaul is subject to the approval of the House of Representatives.

The proposal is for one metropolitan municipality through the merger of Nicosia, Strovolos, Ayios Dhometios and Aglandjia numbering about 175,000 residents and leading to savings of €17.3m  a year.

The second municipality will result from the merger of Lakatamia, Tseri and parts of Anthoupolis with a population of 47,138 and savings of €1.8m.

The third municipality  will be the result of a merger between Latsia and Yeri with a population of 25,000.

The fourth municipality will be created with the merger of the communities of Alambra, Lymbia, Nisou, Pera Chorio and Potamia with Dali, doubling the latter’s population to 22,000. 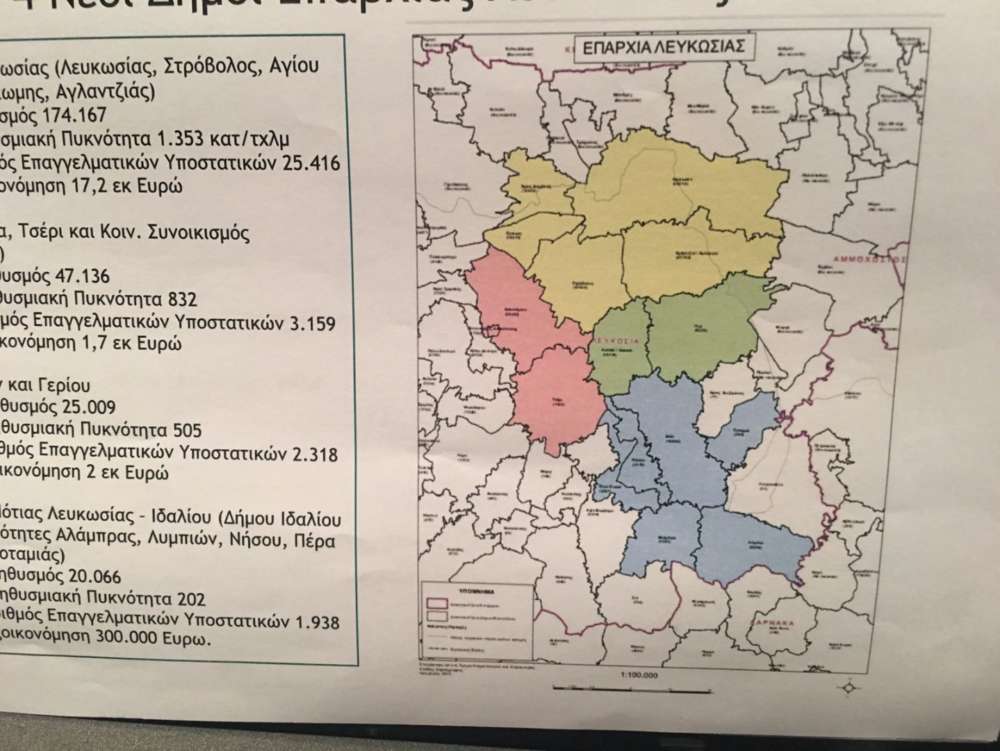 The proposal is to have four.

The first will be the result of a merger of Limassol and Mesa Yitonia Municipalities with the Tserkez Tsiflic community which will total 115,000 residents and 18,000 professional premises and result in savings of €5.3m.

The second proposed municipality will be that of eastern Limassol and will be made up of the municipalities of Ayios Athanasios and Germasoyia with the communities of Ayios Tychonas, Mouttayiakka, Arkounta, Phinkaria and Armenochori. It will have 35,000 residents and lead to savings of €2.6m.

The third proposed municipality will be that of western Limassol that will have Ypsonas at its centre to which will be merged the communities of Asomatos, Sotira, Erimi, Kolossi, Trachoni, Episkopi, Kantou and Akrotiri and will have a population of 28,828. Savings will be €443,000.

The fourth municipality will be the result of as a merger of Pano Polemdhia with Kato Polemidhia though the minister said that should they opt to join the Limassol Municipality the government would not object. 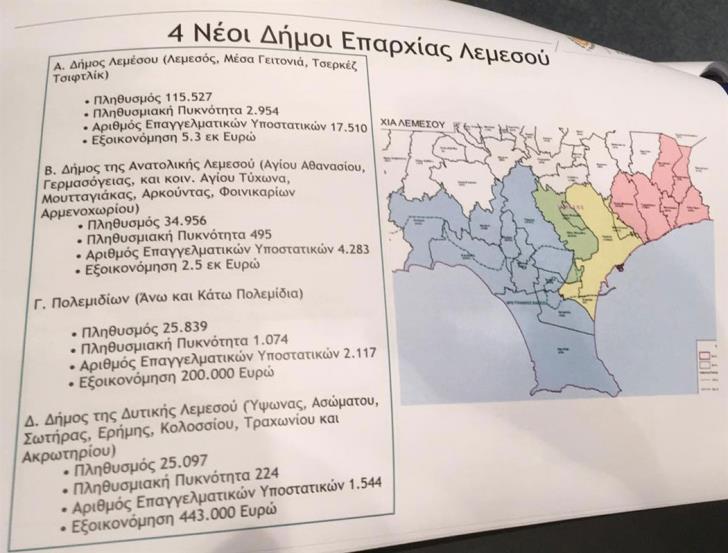 The proposal is to create a metropolitan municipality for Larnaca which will merge the town’s municipality with Aradippou, Livadhia and Oroklini. It will have a total population of 85,036 making it the third largest in Cyprus and lead to savings of  €8m. 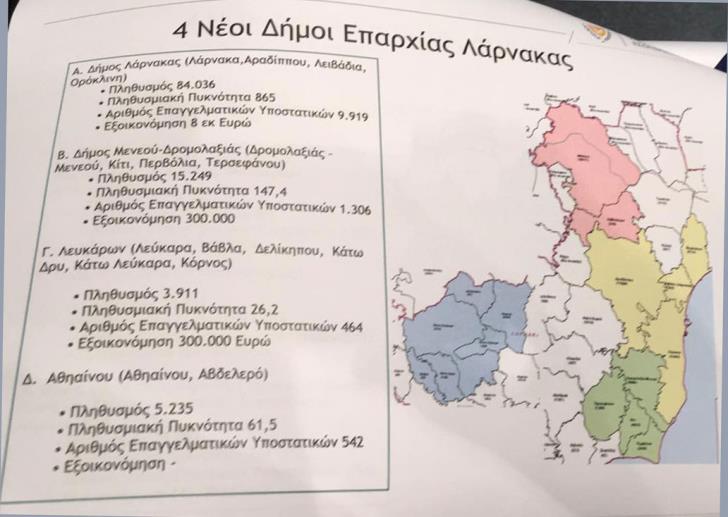 The proposal is to merge Paphos town with Geroskipou and the communities of Achelia, Timi and Konia  that will have a population of 45,000 — half the population of the district and will lead to considerable savings particularly for residents of Geroskipou Municipality. Total savings will be €1.25m a year.

The second municipality will merge Peyia with the communities of Empa, Lemba, Kissonerga and Chlorakas and will have a total population of 17,000 and unite the coastal front as far as the western boundary of Paphos Municipality.Total savings will be €2.5m. 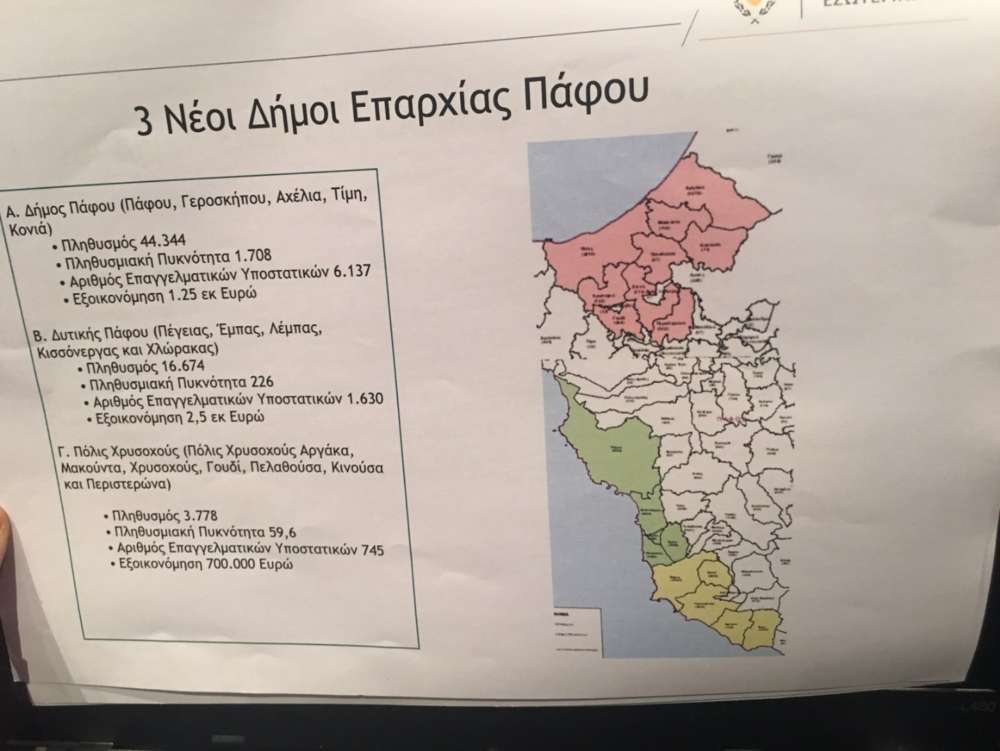 Free Famagusta: the free Famagusta areas have four municipalities — Ayia Napa, Paralimni, Dherynia and Sotira. The proposal is for the four to merge to create Ayia Napa-Protaras.  The second proposed municipality in the district will bring together the rural communities of Avgorou, Liopetri, Frenaros, Aheritou and Achna and will be called Municipality of the Kokkinochoria. 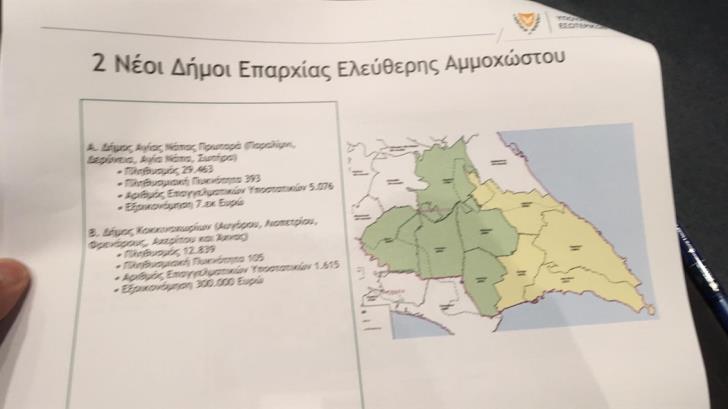