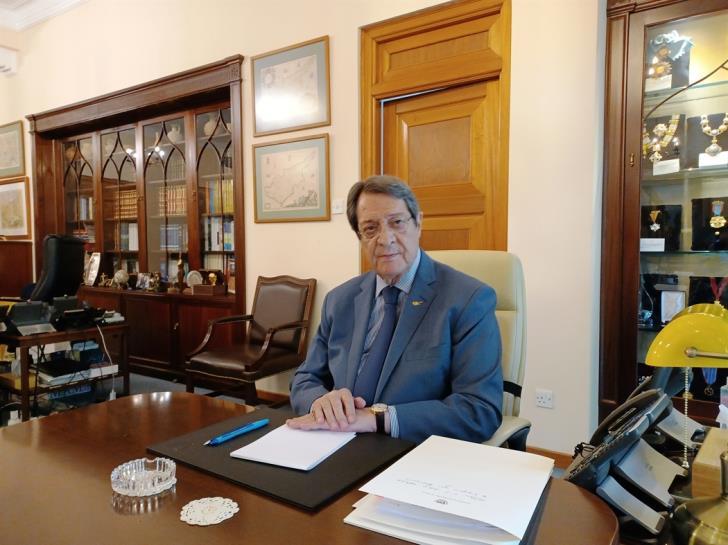 President Nicos Anastasiades has categorically said he will not stand for a third term in the island’s 2023 election.

In an interview with Phileleftheros on Sunday the President said his decision was conscious, final and irrevocable and won’t change under any circumstances.

Anastasiades wanted to put an end to rising speculation that emerged immediately after the parliamentary elections in February which saw the ruling Disy party getting the first place again.

Leaked information from party insiders wanted  Anastasiades to once again be their runner in the upcoming presidential election.

Anastasiades who was first elected in 2013 and won a second term in 2018 also paved the way for the process for the next right-wing Disy presidential candidate to begin.

He said he was neither king nor prince to give the scepter to someone else and referred to the island-wide congress of the party saying this is the competent body to decide on the presidential candidate.

He then made clear he won’t get involved.