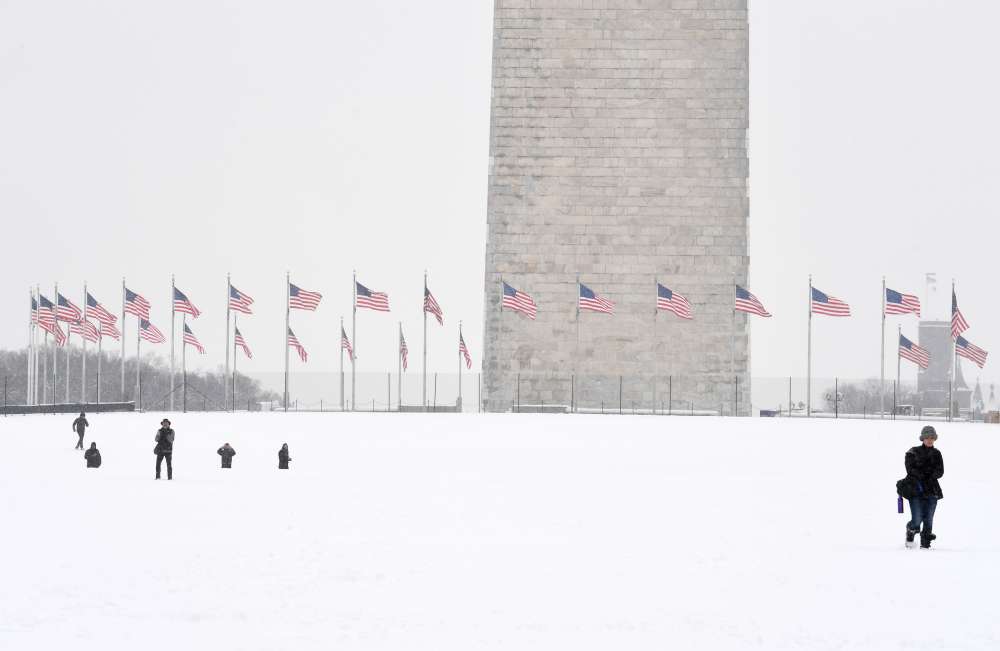 A winter snowstorm blamed for the deaths of at least seven people in road accidents across the U.S. Midwest rolled into the mid-Atlantic states on Sunday, forcing a ground stop at Dulles International Airport and the cancellation of hundreds of flights.

Millions of Americans in 10 states and Washington, D.C., were under winter storm warnings as the weather system, which started as rain in Mexico was forecast to hit an 1,800-mile (2,900-km) swath of the United States from Colorado to the East Coast.

A total of 1,624 flights were canceled in and out of U.S. airports on Sunday, the bulk of them at Washington’s Ronald Reagan National Airport and Dulles, according to the Flightaware flight tracking website. A further 3,113 departures were delayed.

“The FAA has implemented a ground stop at Dulles due to the weather, which is impacting both inbound and outbound flights,” Dulles airport said on Twitter. “Your airline will have the most up to date information on any flight impacts. Thank you for your patience!”

On Saturday, four people were killed in Missouri and three in Kansas died in roadway accidents, according to authorities in both states.

By In Cyprus
Previous articleUK court jails British hacker for taking Liberia’s internet down while living in Cyprus
Next articleUnion calls for Jan. 15 strike by Munich airport security staff