EU presidents to go to Turkey next week, spokesman says 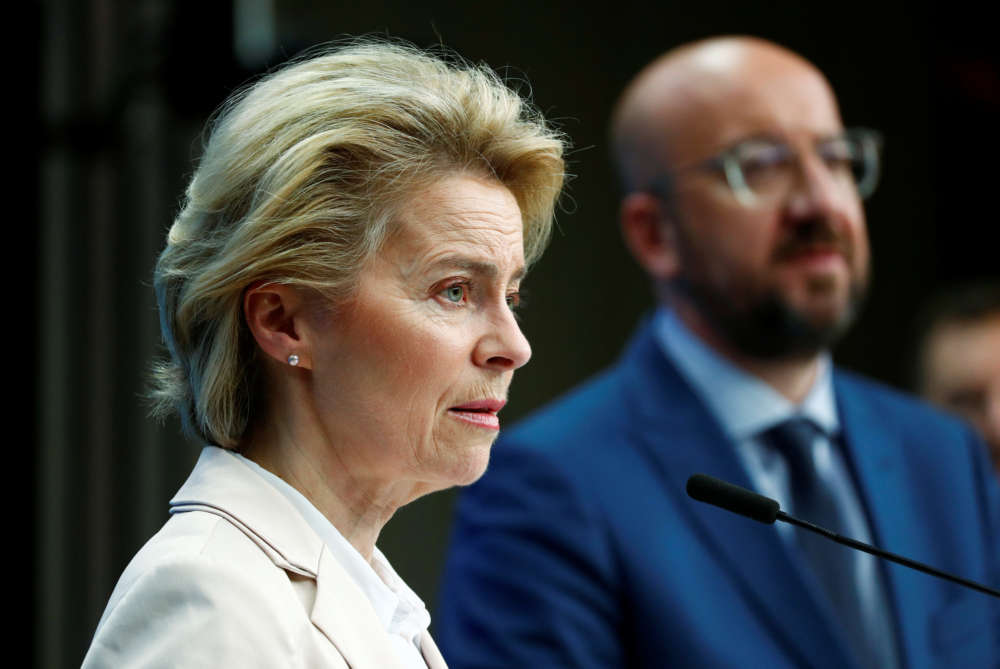 The presidents of the European Council and the European Commission will meet Turkish President Tayyip Erdogan in Turkey on April 6, an EU spokesman said on Monday, in the latest sign of improving ties.

The EU did not give further details of the trip by Charles Michel and Ursula von der Leyen.

But the visit is part of a re-launch of relations approved by EU leaders last week after Turkey moved to calm a dispute over hydrocarbons in the eastern Mediterranean.

Despite Turkey‘s decision to withdraw from a convention protecting women from violence and a deterioration in human rights, the EU says it is willing to work towards expanding trade.

Both sides also aim to agree billions of euros in fresh EU support for Syrian refugees in Turkey.