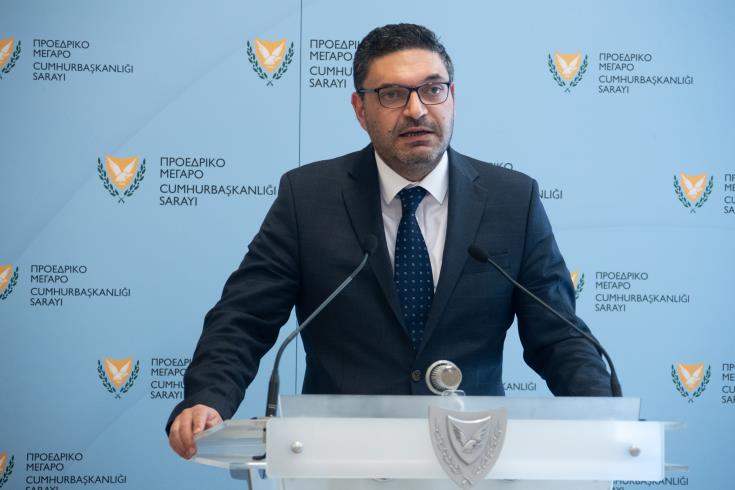 Cyprus Minister of Finance Constantinos Petrides told CNA that the government will begin reducing public debt, increased due to strategic cash reserves, when the pandemic begins to normalise.

The government’s cash reserves amounted to €3.84 billion in end-2020, approximately 20% of the island’s GDP, despite the pressure both on the public finances and the economy as a result of the coronavirus pandemic. The government opted to tap the markets in 2020 in a bid to increase its reserves that would provide fiscal space for support packages to boost the economy which was severely hit by lockdown measures and restrictions, while the tourist sector in 2020 received the heaviest blow as arrivals dropped by an annual 84% in 2020.

“Our strategic target since the beginning (of the pandemic) was to roughly double our reserves without jeopardising rating downgrades or the sustainability of the public finances,” Petrides told CNA noting the increased cash reserves provided the government with the capacity to support the economy with timely interventions while pursuing a three-prong target. Namely to replace more costly maturing debt, maintain presences in the capital markets and to borrow smaller amounts than the island’s needs, which increased the country’s credibility, he said.

“If all goes well and with the vaccinations, we will gradually reduce our reserves, reducing our public debt at the same time,” Petrides added.

According to data published by the CBC, Cyprus cash reserves declined to €3,84 billion in December from roughly €5 billion the previous month, mainly reflecting the repayment of a €750 domestic bond issued to Hellenic Bank as part of the sale of the state-owned Cyprus Cooperative Bank in 2018. According to data, fiscal needs for December amounted to €390 million compared with a deficit of €240 million in December 2019.

In January 2021 Cyprus taped the markets with a €1 billion 5-year EMTN bond, its first bond with a zero coupon, further increasing its reserves along with public debt which rose to €25.9 billion. The cash received from this bond issuance will be use to repay a domestic 52-week Treasury Bill amounting to €1.25 billion issued last year, thereby maintaining cash buffers unchanged.

Furthermore, the Cyprus Public Debt Management Office said that in 2021 the government gross financing needs amount to €2.3 billion, of which €2.1 billion in debt amortisations (€1.25 bl to be repaid in April) while fiscal needs amount to €0.2 billion.
(CNA)