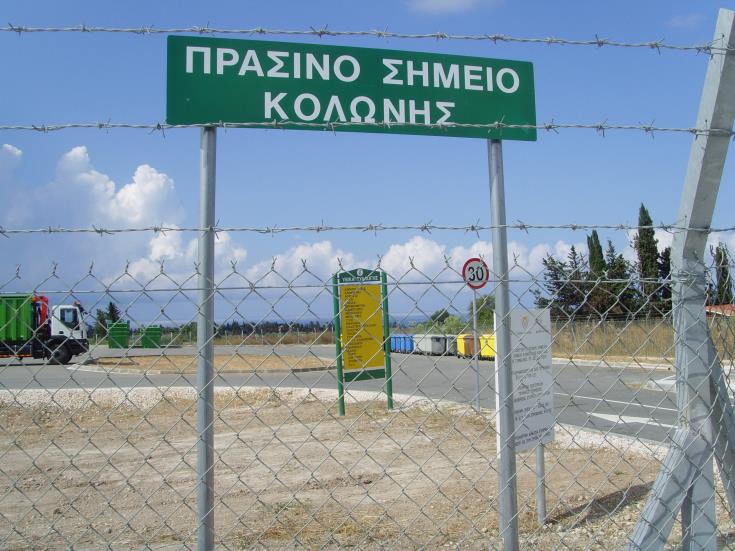 Fifteen municipalities and communities in the Paphos District are participating in the packaging recycling system managed by Green Dot, President of the Union of Paphos Communities Michalis Nikandrou has said, noting that recycling in Cyprus is on a good track.

In statements to CNA, Nikandrou said that according to Green Dot data half the households served by Green Dot are participating in the recycling programme, and that from 2007 till 2016 about 400,000 tonnes of packaging waste have been recycled.

Asked where the recyclable materials went, he said that after they were collected they were taken to two sorting units, one in Latsia and the other in Moni.

The materials were sorted at the units and sent abroad for processing. The only material that stayed in Cyprus, he said, was glass, which was crushed and used as raw material in cement and other construction materials.

Referring to the Green points, he said there were five in the Paphos District, namely in Paphos, Peyia, Polis Chrysochous, Koloni, and Ayia Varvara.

There was also a mobile unit that transported the recyclable materials and prunings from isolated areas to the Green Points. Nikandrou said the Green Points were special areas with the proper equipment and staff, under the supervision of the landfill council, where local authorities and citizens could take various materials, which were sorted and sent for recycling or reuse.

Nikandrou said that recycling must be done so that the least possible waste ends up in landfills.

In this way, he explained, the environment and people’s health are protected from various chemicals found in waste.

Furthermore, he said that raw materials were extracted from the waste, benefiting the economy while ensuring generations to come will have a cleaner and healthier environment to live in.