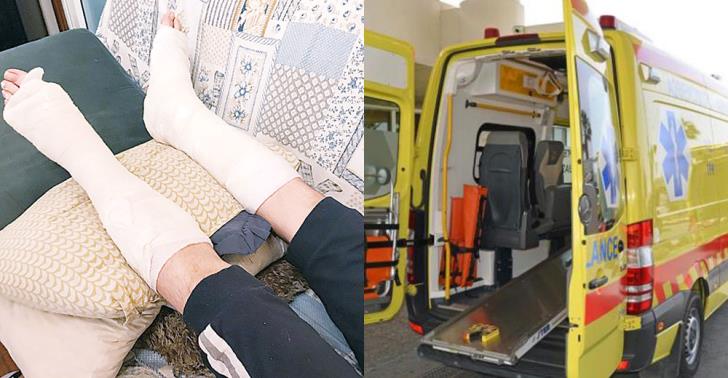 The student who, last week, fell from the 1st floor of his school building has suffered severe injury to his heels and ankles, while both his legs had to be put in plaster casts. This however, happened after hospital doctors had assured the patient, again and again, that he needed no further treatment!

The student was examined twice at the Nicosia General Hospital without the doctors finding any serious issues, despite the fact that he was complaining of acute foot pain. The second time, partly because of the turmoil caused by the recent death of a 10-year-old child due to head injury, the doctors decided to send him to Makario Hospital for closer monitoring.

He was hospitalised until last Wednesday but his foot pain continued even after he was discharged. Consequently, the patient visited an orthopedist in private practice; the orthopedist send him to do an MRI, which showed the extent of the injury to both his feet.