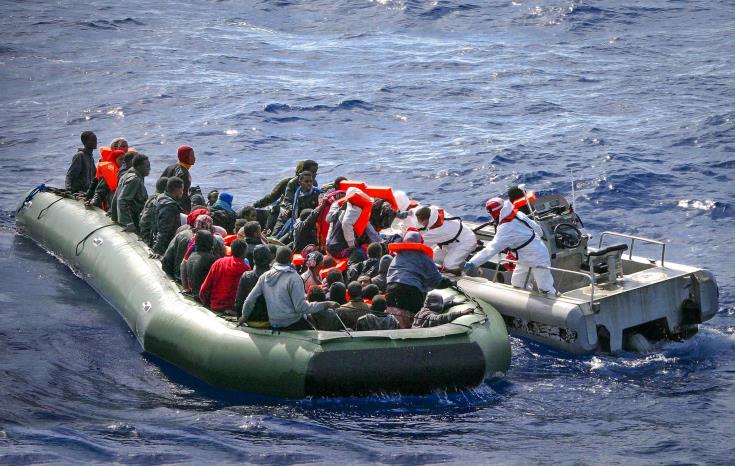 In 2019, Cyprus granted protection to a total of 1315 asylum seekers — of whom 1115 are Syrians, according to figures published by Eurostat on Monday.

Germany granted the largest number at 116,2300 which corresponds to 1400 per million of its population.

Hungary, Poland and Slovakia had the lowest shares with only five per million of population. 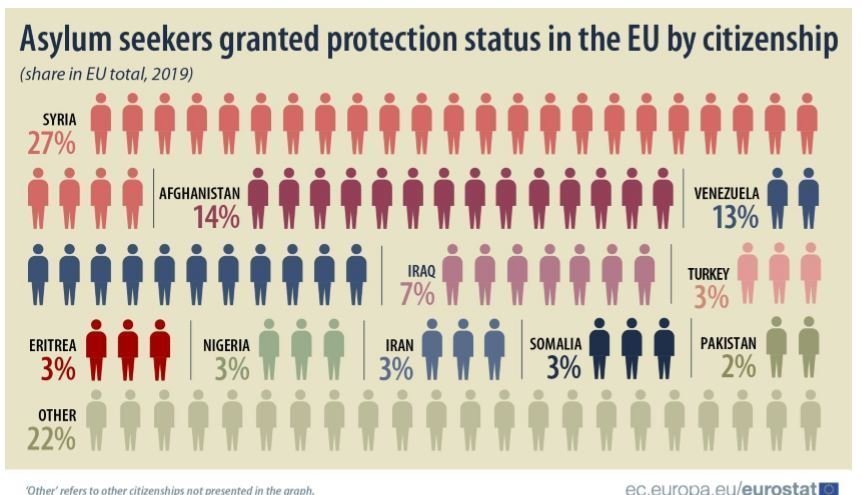 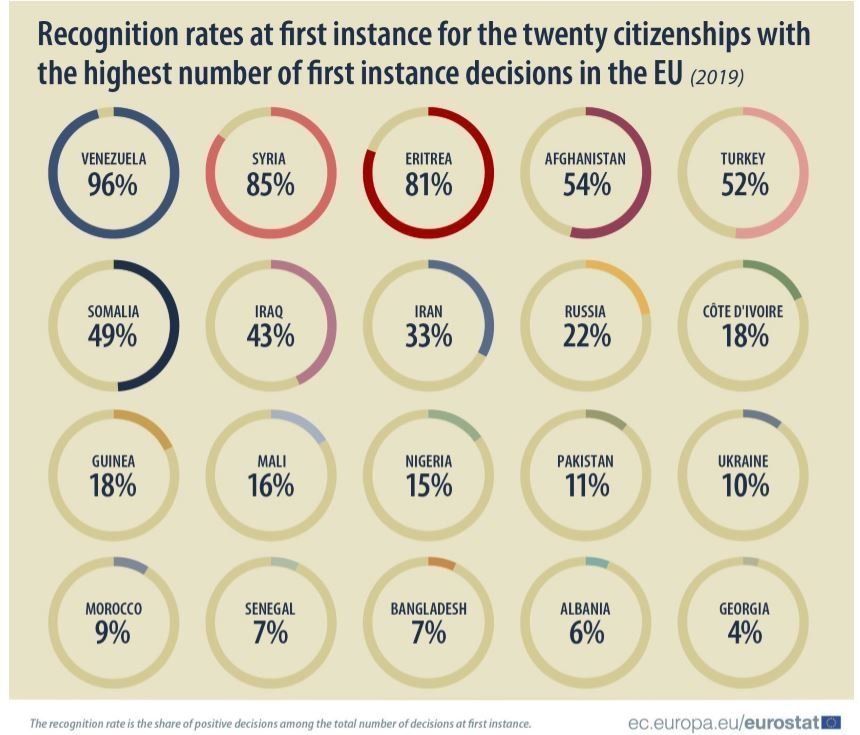 Among the twenty main citizenships of asylum applicants on which decisions were taken at first instance in 2019, recognition rates in the EU ranged from 4% for citizens of Georgia to 96% for Venezuelans, 85% for Syrians and 81% for Eritreans. 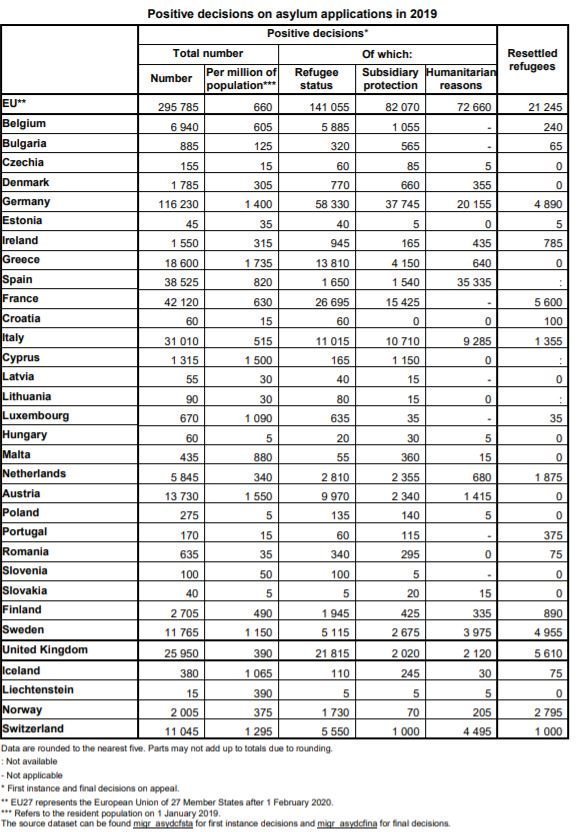