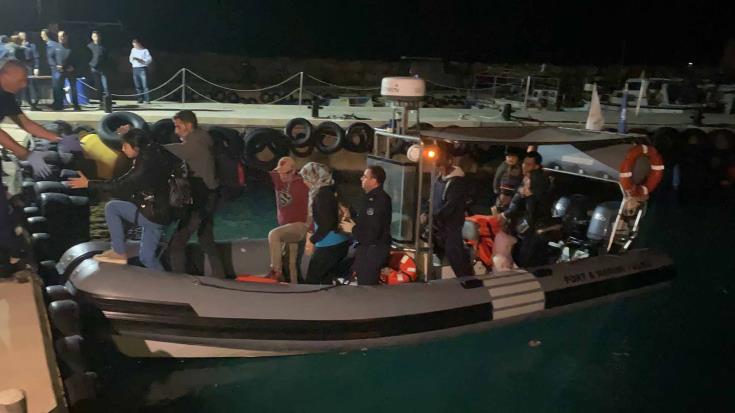 A total of 122 irregular migrants, the majority of them from Syria, were brought to a fishing shelter at Protaras by the coastguard on Wednesday after their boat was spotted adrift six nautical miles off Cape Greco, the Cyprus News Agency reports.

A coastguard vessel went to the area and picked up the refugees from their boat, which had sailed from Syria.

Because the coastguard vessel could not enter the Golden Coast fishing shelter they were transferred to land with an inflatable boat — first the families and then those who were unaccompanied, including minors.

There officials from the migration department are taking down their details. Members of the civil defence are there to assist while medical staff are also on site. From there they will be transferred to the temporary accommodation centre in Kokkinotrimithia.

The refugees arrived on the same day that five suspected people traffickers aged 43, 53, 38, 49 and 25  were referred directly to trial before Paphos’ Criminal Court in connection with a boat carrying 131 irregular migrants which was intercepted in the Pomos area on November 4.