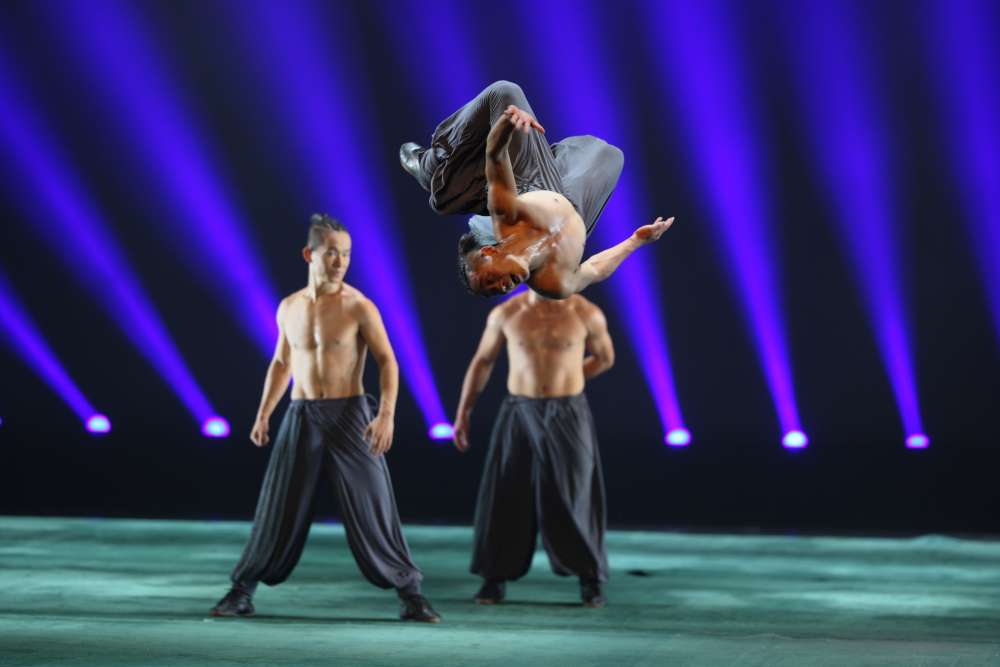 Hand-selected by Jackie Chan himself, the artists were all under the age of 18 when the group was formed (with the youngest being only 11), and came from some of the country’s most prestigious martial arts groups including the Shaolin Kungfu Monk Corps and Chinese Shenwu Cultural Communication Company. In such way the Theater was created.

The performance is able to surprise with its philosophical deepness and the offered synergy of the strength based in Kung Fu and the beauty of the contemporary dance.

This is an extraordinary and vivid event, where martial art merges with traditional Chinese and modern dance.

Kung Fu in Chinese means not to struggle but to achieve perfection, both physically and spiritually.

Talking about ancient traditions and philosophies that demonstrate the greatness of the Chinese people. Over the course of centuries, the theory of the five elements (iron, wood, water, fire and earth) was refined in Shaolin Temple to give life to the “Five Forms”: monkey, snake, tiger, praying mantis and crane.

“From its primeval origins to its refined precision and technical mastery, “11 Warriors” takes the audience on a journey through both the physical and spiritual development of a Kung Fu master. Informed by ancient Chinese philosophy, art and aesthetics, the program demonstrates Kung Fu’s connection to the underlying tenets of Chinese culture,” explains the dance program.

Since the premiere in Beijing, in 2013, the performance has gained an international recognition in the USA, Bulgaria, Israel, Russia, Slovakia. Upcoming shows will be held in Greece, Cyprus, Israel, Germany, Belgium, Lithuania, Estonia, Latvia.

Dedicated to spreading China’s five-thousand-year-old culture and traditions, the Contemporary Dragon Kung Fu Company continues to work as ambassadors to the world through their new art form, bringing the vision of Jackie Chan to life in impressive and moving performances.