11 aboard flight from Dubai hospitalised in apparent flu outbreak 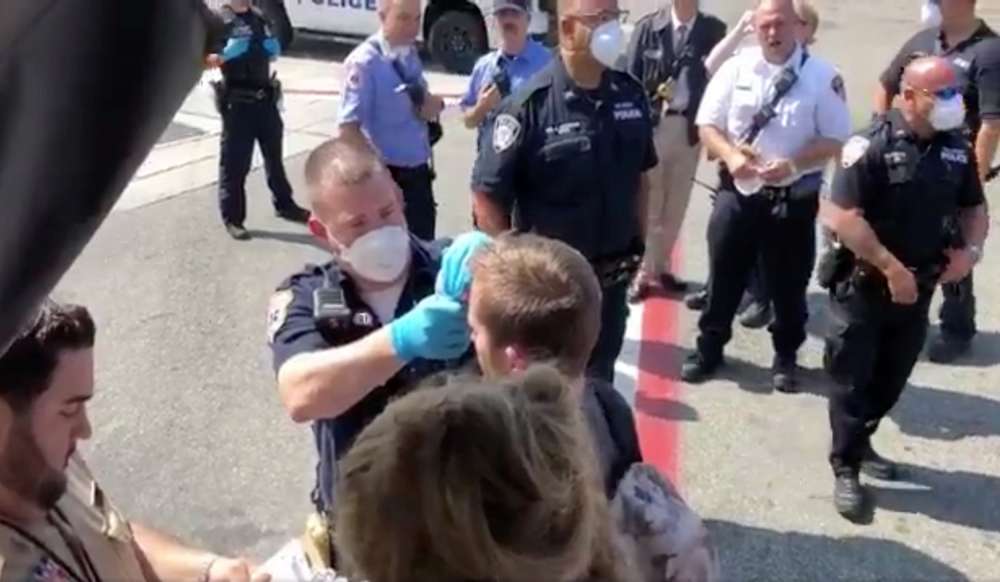 Eleven people on an Emirates airline flight were taken to a New York City hospital suffering flu-like symptoms on Wednesday after scores of passengers and crew complained of feeling sick during a 14-hour trip from the Middle East, officials said.

Laboratory tests on respiratory samples from the patients have yet to confirm the illness, but their histories and symptoms – fever, cough and vomiting – indicate influenza, said Dr. Oxiris Barbot, New York City’s acting health commissioner.

Some passengers in recent days had attended the annual Haj pilgrimage to the Muslim holy city of Mecca on the Arabian Peninsula, a region where the flu virus was circulating, and could have contracted the illness there, Barbot said. It was also possible the virus was transmitted between passengers during the lengthy flight, she said.

All who were hospitalized were in stable condition and none was in need of “extreme” medical attention, Barbot said.

The flu’s incubation period – the interval between exposure to the virus and emergence of symptoms – typically is one to seven days, Barbot said, and people who are infected can be contagious before showing signs of illness.

Flu is transmitted through respiratory secretions spread by coughing or sneezing. These are then inhaled by others or picked up from surfaces on a person’s hands and rubbed into the eyes, nose or mouth.

The Emirates airliner, with at least 521 passengers, landed at John F. Kennedy International Airport at mid-morning and was surrounded by dozens of emergency vehicles as anxious passengers waited to be evaluated by health officials.

The airline and the mayor’s office said 19 people were confirmed ill. Three passengers and seven crew members went to Jamaica Hospital Medical Center in Queens, and nine other passengers medically evaluated at the scene were released afterward, Dubai-based Emirates said.

CDC spokesman Benjamin Haynes later said 11 people were taken to the hospital, and that the nine others confirmed as sick declined further medical care.

The remainder of the passengers were allowed to leave and clear customs, the airline said. All were advised to call a doctor if they developed symptoms later.

Barbot said 106 people initially reported feeling sick during the flight but the “vast majority” were found to be free of any illness when screened. She said some probably fell into the category of “what we call the worried well.”

Haynes said it was also possible the tally of confirmed cases was limited to those whose symptoms were most obvious.

Still, Dr. Demetre Daskalakis, New York’s deputy commissioner for disease control, said it was rare for so many people aboard a single commercial flight to fall ill at once.

The plane, a double-deck Airbus 380 that ranks as the world’s largest passenger aircraft, was taken to a location away from the terminal so emergency officials could evaluate the situation, authorities said.

Rap performer Vanilla Ice, who was a passenger on the jet, tweeted, “This is crazy. Apparently there is over 100 people sick on the bottom floor, so happy I’m up top.”