1000 cartons of aid from Cyprus to be delivered on Saturday 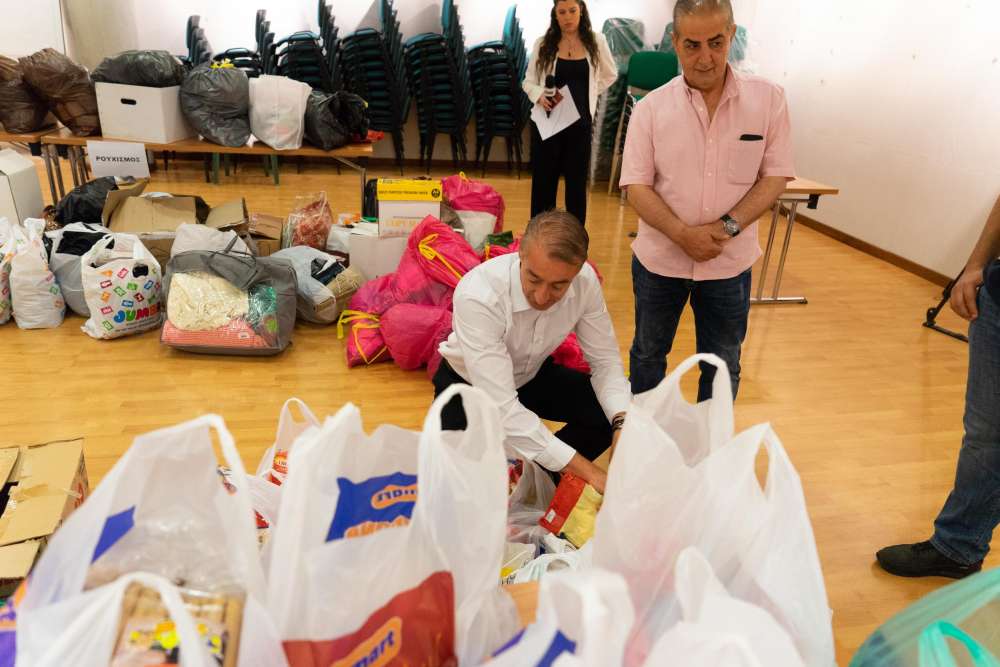 A total of 1000 cartons of basic items collected in Cyprus for those afflicted by Greece’s devastating wild fires will be delivered on Saturday to the Attiki Regional Coordinating Centre, Volunteer Commissioner Yiannis Yiannaki told the Cyprus News Agency on Friday.

He said that besides the 1000 boxes of food, clothing and several tons of pharmaceuticals for which consultations have been held by the health ministries of the two countries, are also been sent.

Yiannaki said that he will also convey a message from President Nicos Anastasiades on the steps being taken by the Republic of Cyprus to support the victims of the fires.

The aid is being sent in two instalments on Saturday morning and Saturday afternoon by airplane from Larnaca Airport.

He said Cyprus’ collection efforts have focused on the items specified by the Greek authorities — mainly dry food, long life milk, diapers, and other items for children.

As regards the medicine he said a first batch will be sent tomorrow with more to follow.

Yiannaki said food collection has stopped as needs have been more than covered. “There was a tsunami of love and humanity in Cyprus. At the moment, what they need in Greece is financial support. Of course I will be briefed when I am there whether there are other needs,” he added.

The volunteer commissioner said that Cypriots have offered to host children and families that have been rendered homeless, saying he would convey these offers.