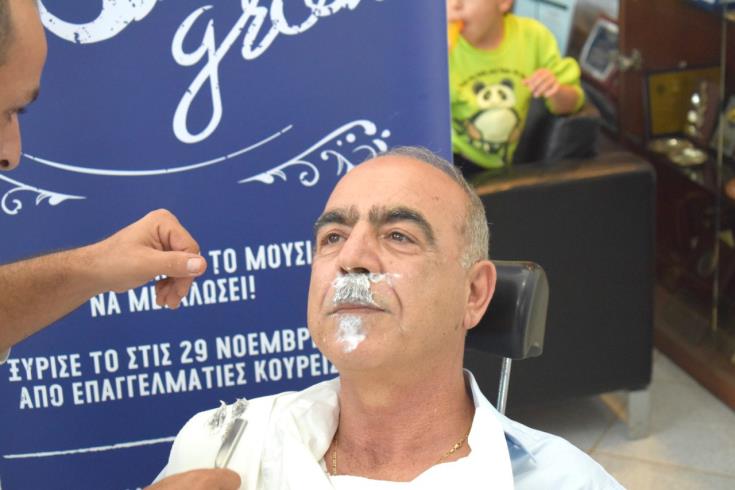 Sotira mayor Georgios Takas shaved his moustache for the first time in 40 years on the occasion of Movember.

Takas shaved during an event at the municipality on Thursday.

“The efforts for raising awareness about male cancer are very important. For this reason, I took the spontaneous decision to shave my mustache, for the first time in 40 years, to participate in this very important event.”

According to a municipality announcement, “professional barbers shaved people from three in the afternoon to seven in the evening to raise awareness for male cancer.”

All the proceeds will go to Movember Cyprus.

Movember is an annual event involving the growing of mustaches during the month of November to raise awareness of men’s health issues, such as prostate cancer, testicular cancer, and men’s suicide.

By encouraging men (whom the charity refers to as “Mo Bros”) to get involved, Movember aims to increase early cancer detection, diagnosis and effective treatments, and ultimately reduce the number of preventable deaths.